By opting into the web form above you are providing consent for Action Karate Whitehall to send you periodic text messages. Standard rates may apply. You can reply HELP at anytime or learn more. You may opt-out anytime by replying STOP.
ACCESS OUR SCHEDULE
& EXCLUSIVE WEB SPECIAL 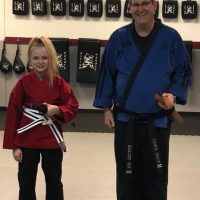 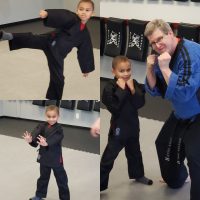 If you have attended a class at Action Karate Whitehall, you might have heard me talk about this.  Maybe not specifically, but at least the concept.

Basically the Bystander Effect means that the more people who are in an area who are capable of taking action, the less likely someone will take action.

This is something I first learned about many years ago when I heard a story about a woman who drove her car off the road and later died from her injuries. She had been trapped in her car for several days along a busy stretch of road. Hundreds of people had driven by and although not everyone probably noticed the rear end of her car sticking out of the bushes, some of them probably did.

No one stopped to check. No one called 911.  The people who did notice the car assumed someone else had taken care of it.  By the time someone reported the wrecked car, it was too late.

And, that is pretty much what the Bystander Effect is.

In the 1970s there was a study on the Bystander Effect.  In the study smoke flowed under a closed door into a waiting room. For one test, only a single person was in the room. For the second test, multiple people were in the room.  When only a single person saw the smoke, the very quickly reported it.  When multiple people were available, often no one would report the smoke.  There is a link to a video of the study at the bottom of this post.

There have been additional studies that show similar results for a person having a seizure or even for a person being abducted.

Ever since I first became aware of the Bystander Effect, I wondered how horrible it must have felt to all of those people who drove along that stretch of road while a woman lay trapped, dying, in her car, wondering if they could have made a difference.  That’s a feeling I never want to experience first hand.  Ever since then, I’ve made a conscious choice to act.

Often, we hesitate to act because we don’t want to look foolish.  In our heads, that silly story where the chicken runs around telling everyone the sky is falling keeps playing over and over. We tell ourselves, “It’s probably nothing.”

What if it is?

I’d rather look foolish one hundred times than have to bear the burden of doing nothing when I could have made a difference.

A few years ago, I was at an early morning school event with my family when I noticed a glint off of something silver. I thought someone might have lost a ring, so I took a closer look. It was a shiny ball bearing, about a quarter inch in diameter.  I probably would have ignored it, but then I noticed about a dozen more scattered around the ground, and a few feet away was a black bag, the type you might carry to a gym, sitting next to a trash can.

It was probably nothing…. but then again it could have been something much worse.

I quickly moved my family away from the area along with anyone else who was nearby without causing an uproar. It was more, “Hey, I think we should all wait over there,” as I led people away from the bag and not, “Oh my God, there’s a bomb.” Although by this point, I was operating on worst case scenario – the bag contained an explosive and that a spotter was watching us with a remote detonator ready to pull the trigger if he noticed something going wrong. Yeah, it sounds paranoid, but when you take a look at domestic terrorist attacks, it’s not implausible.

Once the area was cleared, I alerted a school official, who promptly sent a maintenance person to go examine the bag.  To this day, I’m stunned by the school’s course of action. They sent an untrained person into a potentially deadly situation.

Fortunately, it didn’t do anything nasty when the zipper was pulled. It was just a bag that had been left there. The ball bearings must have gotten there some other way. Everyone was safe.

I did feel a little foolish. I second guessed my choice to act once I realized everything was safe. That was okay though. I would do it again.

To me, the cost of doing nothing could have been much higher

Accepting that the Bystander Effect exists means you are better prepared to overcome it to get help for yourself.  Even when people see you are in trouble, they may not act, but they will follow explicit directions.  If you shout, “You, in the red shirt! Call 911. Ask for an Ambulance at the corner of 6th and Main.” You’re more likely to get help, then if you shout “Someone get help.”  Just by giving explicit instruction to one person in a crowd, you’ll trigger the fence sitters into action.  Many hesitate to be the first to act, but once someone does, they are more than willing to jump in to help.

The Bystander Effect isn’t about people being bad people, it’s about feelings of uncertainty and not knowing what to do about it.

It would be nice if you could just rely on other people to get help all on their own, and while some will, others will freeze out of fear or doubt, and there are even some who just won’t care.  What you can do is train yourself in how to respond so that you can a) know how to respond independently of the behavior of those around you, and b) know how to get the optimal response from others.  You can be the one who removes the uncertainty from the situation.

Below are a couple of key points that will help you get started. It isn’t a complete list, and it isn’t meant to be the totality of someone’s self-protection guideline. It’s a start. Something to get you thinking and talking what might work best for you.

Just by reading this article and acknowledging the Bystander Effect you have a better chance of avoiding becoming a victim of it. Share the information with a friend.